UPDATE 7/2016:
It’s been almost 2 years since I wrote this post and it has consistently been the most popular post I have ever written. For this reason, I think it is important to give an update. The popularity of this post makes it very clear to me just how many people are out there struggling with autoimmune disease and willing to try everything to put their disease into remission.
This is exactly why, since writing this post, I have completely changed my career path to become a holistic health practitioner. Not only have I been working on my own gut health for these past 2 years, but I now have helped many others do the same.
I’ve learned a lot since then. First of all, I still very much believe in the power of colostrum to aid in gut healing. It is great at providing immediate relief from some of the nagging symptoms that a leaky gut can cause. Surthrival is still my brand of choice and really makes a great product as you’ll read about below.
However, I need to make it very clear that just taking colostrum and hoping for a healed gut and remission for autoimmune disease is going to lead to disappointment. There’s SO much more to it. Starting on colostrum and writing this post was just the beginning of a long gut healing journey that involved much more than colostrum. Yes, it was a piece of the puzzle, but it was only ONE piece of my puzzle. Everyone’s puzzle will be different and the path to finding all of the pieces will be unique to everyone too.
I am happy to report that I just received word from my doctor that my ulcerative colitis antibodies are non-existent and I am completely off medication! My diligence in healing my gut has paid off.
And it can for you too. END UPDATE.

I am in an all-out fight with my autoimmune disease and I’m finally winning! For the past 15 months, my ulcerative colitis (UC) and I have been in an intense battle and for the majority of that time, I was losing. I began following the Paleo lifestyle right away and got in a few good punches, but after awhile, it fought right back.

I went stricter and eliminated even more foods to follow the Autoimmune Protocol (AIP) and really started to get some great strikes in to this persistent disease. But then, I got pinned. I had eliminated some of my favorite foods, taken away my ability to eat out at great restaurants, and given up my social life in order to keep my symptoms from flaring. But, I wasn’t getting any better. I was stumped and frustrated, not ready to give in to the battle.

My rock bottom came not long ago. I was hungry for a midday snack and grabbed a beautifully ripe, locally grown peach. I don’t eat much fruit and hadn’t enjoyed peach season yet, so I was excited for the treat. Instead, I got sick. Minutes after eating the peach, I looked like I was 6 months pregnant. Intense pain and bloating from one tiny little piece of fruit led me to the most frustrated mental state I had been in since starting my healing a year before.

Something had to change and now. I went to my trusty friend, Google, for advice. Just a bit of research and I had my ‘Aha!’ moment. It was something I knew all along but hadn’t taken the time or effort to actually do.

I needed to heal my leaky gut, not just try to get rid of my UC symptoms. Autoimmune diseases WILL NOT go into remission if gut health is not restored. All this time I had been focusing on healing the wrong thing. I had been taking out any foods and factors that caused my UC to flare, instead of spending my time working on HEALING. It may not sound different, but it is. I think this is where so many of those suffering from autoimmune diseases go wrong.

Research shows that leaky gut is one of three factors that makes someone susceptible to autoimmunity, along with genetic predisposition and environmental factors. Even though I already knew all of this (thanks to The Paleo Mom) which is why I was on AIP in the first place, once I was deep in the diet trenches, I began focusing on the wrong issue and not getting anywhere.

Back to my story…

I am a huge believer in fate, so when I ran across a post on Instagram from Alexandra at High On Fat entitled “How I Healed My Leaky Gut” the exact same day as my ‘peach incident,’ I knew I needed to take her advice. I was desperate for help and wanted those words to be in my vocabulary too! The post was all about a new supplement she had been taking that had healed her gut and changed her life — bovine colostrum.

You may already be familiar with colostrum: the ‘pre-milk’ fluid produced by mammary glands during the first few days after giving birth. This is the first food given to a baby to provide them with essential growth factors to build the gut wall, antibodies to build immunity, and vital nutrients to give them strength in their first days of life.

Bovine colostrum does the same thing, just in cows. Human consumption is not new. It has been prominent in Ayurvedic healing for thousands of years and was once the treatment for infections before pharmaceutical companies took hold and antibiotics became popular.

What does it do?

The more research I did, the more benefits I found. The list is seemingly endless. But don’t take my word for it. Here are excerpts taken from reputable sources surrounding the human consumption of bovine colostrum:

“Colostrum has the greatest components of ingredients directed toward the digestive tract. Its growth factors help cells of the digestive tract redevelop themselves and it also has immune factors that reestablish the immunity of the gastrointestinal tract and kill off bad bacteria that is overgrown. Colostrum decreases intestinal permeability and enhances the assimilation of nutrients.”

“Bovine colostrum is also used for boosting the immune system, healing injuries, repairingÂ nervous system damage, improving mood and sense of well being, slowing and reversing aging, and as an agent for killing bacteria and fungus.”

“Bovine colostrum has been used as a dietary supplement to treat diarrhea, infections, colitis, and to improve athletic performance. In vitro studies suggest that bovine colostrum has anti-inflammatory and chemopreventive properties.”

“There is also some evidence that bovine colostrum prevents NSAID-associated gastrointestinal damage and is effective in treating distal colitis.”

So, I gave it a shot! I was skeptical but I also didn’t think I could make things any worse just by trying it.

Within a week, I felt like a whole new person! So much so, that I didn’t actually believe it could be true. I kept doubting that it was working. But everyday, I kept getting better and better. Not only did my UC symptoms vanish, but ALL of my digestive issues were gone, my energy was through the roof all day, and I was just happy… because I finally felt free. Even though autoimmune diseases stick around for life, mine is no longer reminding me everyday.

After a few weeks, I began reintroducing foods I had given up months ago for AIP. First up were eggs. After my first breakfast with eggs, I wanted to get up and dance on the table. Not only did I not have the reaction I had in the past when trying to reintroduce, but I felt nourished and energized! I’ve kept the eggs and have also been able to add almond butter and coffee so far!

Now, let me be clear. I’m not going out eating donuts, pizza and nachos. I’m still following the Autoimmune Protocol with the addition of eggs and almond butter, and plan to slowly continue to add REAL FOOD in a controlled manner.

Which one should I take?

Here’s what to look for:

I took the advice of Alexandra and began taking the same brand of colostrum that she recommended, Surthrival. After visiting their website, I feel very comfortable in the integrity of the company and what they stand for. I highly recommend this product.

This product may contain a trace amount of lactose and casein and could have a slight effect on those with severe lactose intolerance. If you have severe intolerance, Surthrival recommends taking a lactose digestive aid along with your colostrum dose for several days while initiating it into your system. I have a dairy sensitivity and had no problem without the need for an aid. Alexandra was diagnosed with lactose intolerance and was fine with it also.
Your first few days may be a little rocky! Some people may experience a “die-off effect” as the body releases toxins in the form of digestive problems, skin eruptions, rashes or flu-like symptoms. This is a sign that it’s working. These symptoms usually disappear in a couple of days. Start with a small dose and work up into the full dose to avoid these symptoms. I started with 1/4 tablespoon twice a day and worked my way up. The first two days I experienced flu-like symptoms and just didn’t feel well. By the third day, I was beginning to feel amazing and it’s only gotten better since!

If you’re a ‘Google-er’ like me and would like to do more research, here are a few more great links that I referenced for this post:

Intermittent Fasting For Women: The Do’s and Don’ts

Over the last several years, there has been a lot of buzz around the concept of intermittent fasting (IF) and for good reason. Many people swear by intermittent fasting to decrease body fat, increase energy and focus, assist in detoxification, keep aging at bay, and...

I'm back to cooking in my kitchen after three long months of post-mainline back-up reconstruction. Of course, I had to break in the new, old kitchen by baking some cookies! I've had a go-to, keto-friendly chocolate chip cookie recipe for a few years now in my Keto... 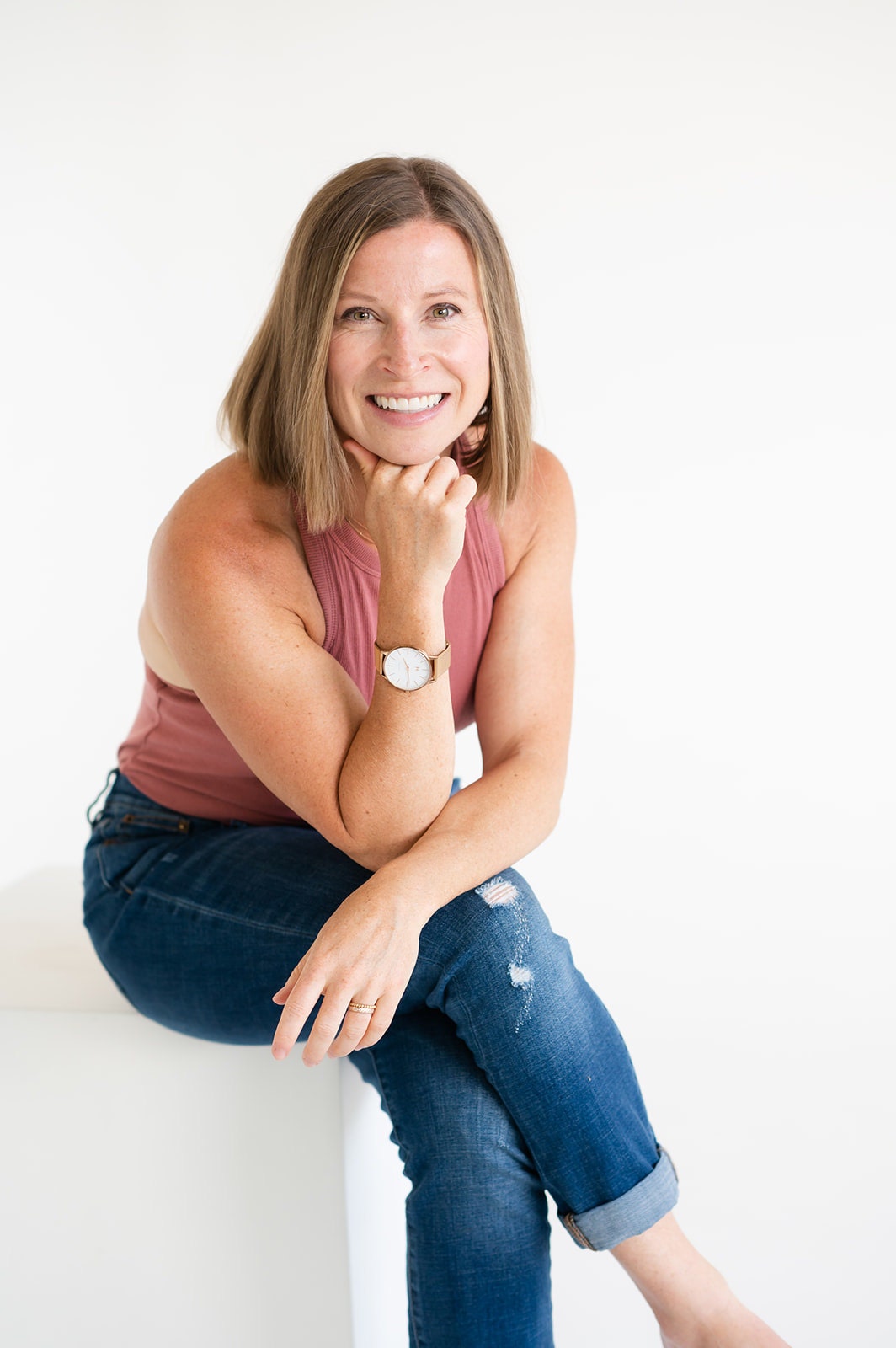 I’m obsessed with nitro cold brew, 90% dark chocolate, and helping wellness pros build a business and life they love. With nothing but a passion for helping others and the desire to never have a boss again, I quit the corporate world and built my own million dollar wellness business. Now, I help others do the same..

BINGE THE PODCAST
FREE BIZ MASTERCLASS!
About Me 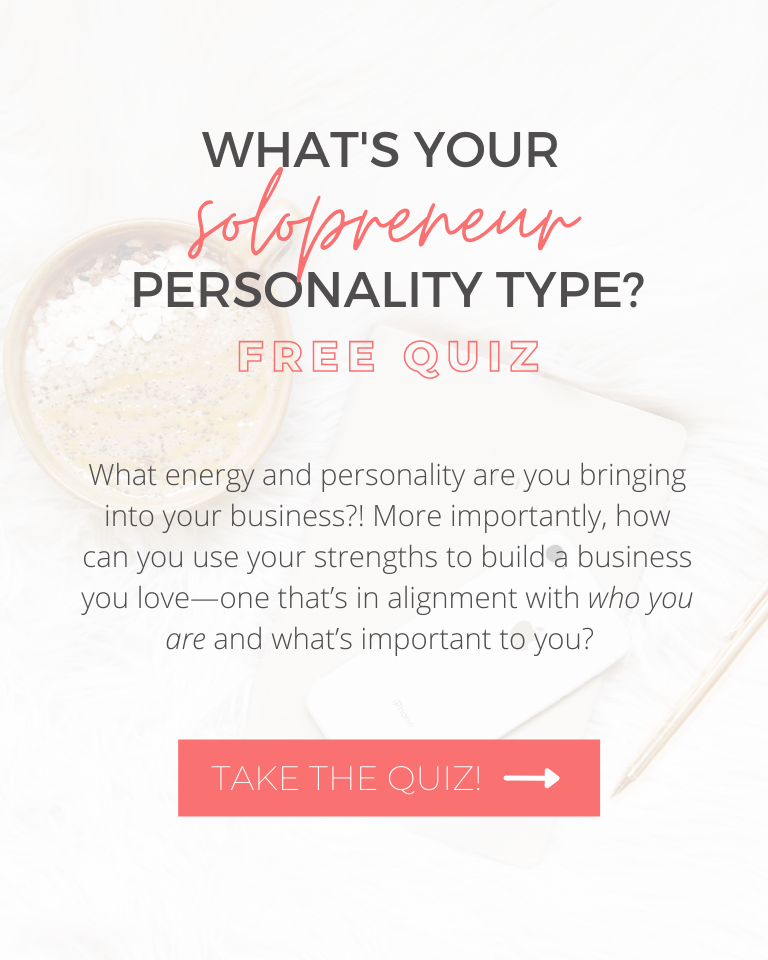