Grains: Are They All Bad?

I’m a podcast junkie. It’s so bad that I often notice myself thinking the people on the opposite end delivering the podcast are my friends. We’re on a first name basis and I get their inside jokes. It’s a great friendship.  In all seriousness, I love listening and learning about the Paleo diet while in my car (which is all the time.)  My fave podcasts include Balanced Bites, The Paleo Solution, Underground Wellness, and Chris Kresser.  I’m learning so much while on my quest to heal my ulcerative colitis and reach optimal health through food, but a lot of it can get very scientific and a little over my head.  So, I’ve decided to combine all the best information out there and ‘dumb it down’ for us all!

The first issue I’d like to tackle is the increasingly popular subject of grains and gluten.

Let’s talk gluten-free foods. First, a little background on why gluten-free foods are beginning to take over our grocery store shelves. Gluten intolerance is the inability to properly digest gluten, which is a protein found in wheat, barley and rye. Gluten intolerance, which is becoming increasingly prevalent, can come in the form of gluten sensitivity or celiac disease.

Celiac disease currently afflicts about 1% of the population, but it is estimated that 80% of people with celiac disease are unaware of it. But, you don’t need to have full blown celiac disease to have adverse reactions to gluten.

There is another disorder called gluten sensitivity which is much more common. While the research on gluten sensitivity is still new and there is not yet an accepted test for it, researchers in the field estimate at least 10% but probably more like 30% of the US population are sensitive to gluten. Many of the symptoms are similar to those in celiac disease, including bloating, stomach pain, fatigue, diarrhea, skin rashes and break outs, moodiness, headaches and joint pain.

With the number of people who are realizing that their bodies react negatively to gluten on the rise, it creates a whole new market for the processed food industry to bank on…literally. Bold, colorful GLUTEN-FREE labels are popping everywhere on our grocery store shelves. But, if you take a closer look at these pretty little boxes, you’ll see the dark side of gluten-free. Processed gluten-free foods do their best to take on the taste and texture of the products they are replacing and tend to rely on highly-processed grain flours and starches such as rice flour, soy flour, potato starch and tapioca starch. These foods have high glycemic indexes, so when people eat them, their blood sugar spikes. The hormonal response because of this causes a subsequent ‘sugar crash,’ which will leave you feeling tired with a lack of energy and a desire to EAT MORE when you body doesn’t truly need food yet. They are also full of other crap that your body a) doesn’t need and b) has no idea what to do with! These includes dyes, artificial flavors, corn syrup, processed starches, and SOY!

Oh geez, soy. Soy is a very highly debated topic in the food world, but more and more research is coming out showing the havoc soy wreaks on our hormone, estrogen, in both men and women. With a debate growing over something as critical as hormones, it would be best for us all to stay away until more conclusive evidence is shown to dispel it. Not to mention, the intense process soy has to go through to become the actual flour and emulsifiers used in these foods.

So, it’s obvious gluten-free foods are not automatically healthy. But what about the grains that don’t contain gluten, like oats, rice, quinoa, corn, etc? Aren’t they ok?

Grains are a staple in the standard American diet, holding the spot at the base of the food pyramid for ‘optimal health’ according to the government. So why the newest trend to go grain-free? Although there are tons of reasons, I’ll give you two biggies.

Grains contain phytic acid, a mineral blocker that prevents absorption of calcium, magnesium, iron, copper and zinc. This phytic acid is found in all grains, even the ‘healthy whole grains’ that the processed food industry proudly labels on their packages. Not only are they not healthy, they are nutrient-blockers!

Lectins are other toxins present in all grains that cause their own set of problems. Lectins are not broken down in the digestive process and instead latch on to your small intestine and forge themselves into your bloodstream. Undigested food rummaging around freely in your blood stream…gross! The body views these lectins and the food they bring with them as dangerous invaders and initiates a fight response to get rid of them using your immune system. We now have our body fighting the food we just willingly put into it…and losing! This happens to EVERYBODY, regardless of whether you have symptoms of intolerance or not.

Be aware that the reason why our government pushed grains in the first place were economical and strategic. They are cheap to produce, have an incredibly long shelf-life and are easy to sell. Unfortunately, grains do not have the nutritional profile that the money-hungry food industry wants you to believe. It makes much more sense to get your nutrients from whole foods like vegetables, fruits, natural meats and healthy fats (both saturated and unsaturated…but I’ll discuss that in a later post), which offer much higher nutrient density without the unwanted negative impacts.

A no-grain diet can lower cholesterol, lower blood pressure, reduce inflammation, promote weight loss, alleviate skin disorders like dermatitis, rosacea, or acne, end digestive disturbances, put autoimmune disorders into remission, increase fertility and dramatically improve  energy levels. I’ve seen it with my own eyes…for myself and my clients. It’s not a gimmick, it’s just what our body was made to handle.

Intermittent Fasting For Women: The Do's and Don'ts

STAY MOTIVATED IN YOUR BIZ WITH THESE HIGH-VIBE DIGITAL WALLPAPERS! 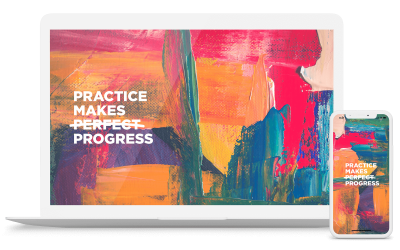 Spruce up your devices and get your #mindright with a high-vibe wallpaper for both your phone and computer! Get exclusive access to my FREE digital wallpaper library here: